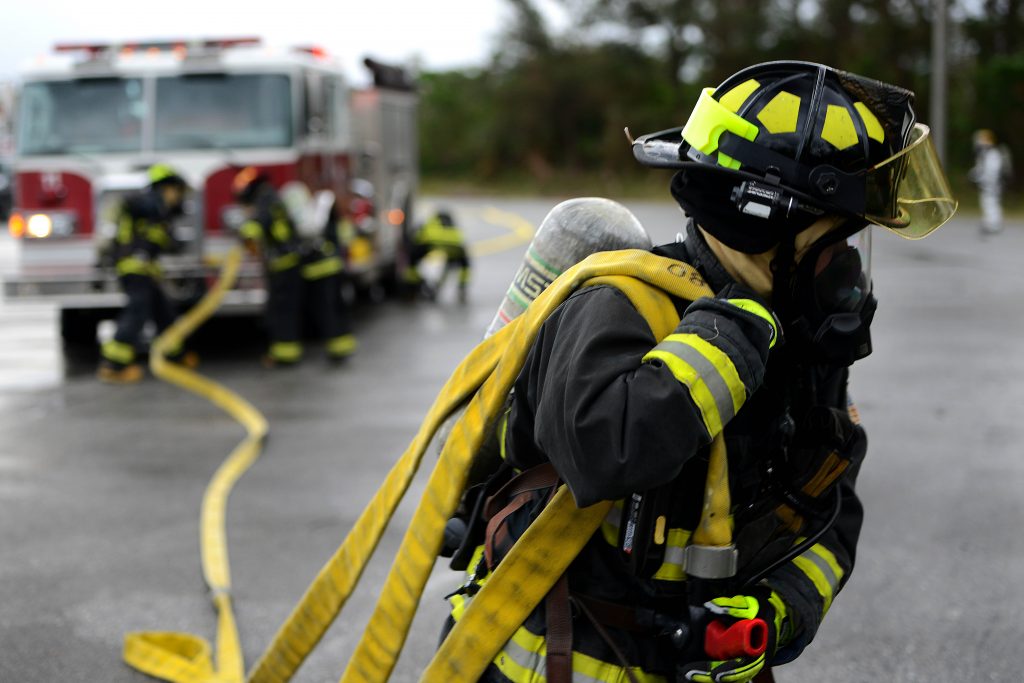 KITAKYUSHU – Six people were killed during an overnight fire at an old apartment building northwest of JR Minamikokura Station in Kitakyushu, police said Monday.
Five other men, some of whom escaped by jumping from the second-floor windows, were treated for smoke inhalation and other injuries but did not appear to be in life-threatening condition.The fire occurred at around 11:20 p.m.
Sunday in Kokurakita Ward at a wooden apartment building where 16 people lived, many of them solitary day laborers, according to the police and local fire department. It took about four hours to put out.The police have found the bodies of the six victims but have yet to identify them. They also confirmed that 10 other people survived.
The fire at the building, which is about 700 meters away from the station, also burned down a neighboring residence and damaged another house and an apartment, the firefighters said.The fire department was called at around 11:20 p.m.
Sunday and the fire had been extinguished by around 3:30 a.m. Monday.The two-story building where the fire apparently originated had seven residential units, a dining room and a bath on the first floor, and nine residential units on the second floor.A resident said multiple fire extinguishers had been placed in the hallways. The real estate agency that manages the building said three of the 16 rooms lacked smoke alarms.
The residents paid rent every 10 days and the occupants changed frequently, a first-floor resident said.According to the real estate agency, the building was built more than 60 years ago.
Partager